Wow! Today was a whirlwind and I might even go to bed after I post this and take a long hot shower.

Since I wrote the above sentenced, I have been distracted by car shopping, an hour and 7 minute phone call with Kenna, no laundry, cleaned up spilled water, checked on the baby, and reviewed our finances. So, almost 2 hours later, I am still not in bed, haven’t showered, and haven’t accomplished anything I am stressed about. BUT, here I am, putting my day into words, sitting next to my husband on the couch, while watching an episode of Seal Team.

Today went by quickly and I was gone most the day. When Danny and I went to bed last night, we laid there and talked about my trip and all the things we didn’t get to talk about for the week I was gone and all of a sudden it was midnight and Xander was already waking himself up. I got up, went in his room, changed his diaper, fed him ’til he fell back asleep, and put him in his crib. As soon as my sweet, little man hit the mattress, he was awake and looking for my boob… It was that moment I knew I wouldn’t be sleeping! So I kept up the dance of feeding him and putting him back in his crib a few more times and when that didn’t work, I laid on the ground next to the crib and was “shh”ing him back to sleep, when I looked up and he is on his belly with his adorable face squished between the bars staring at me! Ha! He discovered that he can from his back to his side, grab the bars, and pull himself to his belly. I rolled him back to his back and he rolled him back to his belly, just grinning and giggling at me between the bars. I just melt when he smiles. So I scooped him up and brought him back to bed with me. After we cuddled up he fell right to sleep!

When we woke up, I got up, got him changed, got my hair poorly straightened, took the dogs out, ate some eggs (Xander got to taste some), took the dogs out again, changed the baby again, got my stuff together and ran out the door for Xander’s appointment.

We got to UNC, got all checked in and headed down to radiology. For those of you that don’t know, when I was 20 weeks pregnant, they found out that Xander’s left kidney was dilated. They checked again when I was 38 weeks and it was still dilated, at 3 weeks old it was still dilated, and at 3 months it had gotten a little worse, so the referred us to a pediatric urologist at UNC. Why anyone would specialize in that, I have no idea, but he is an amazing doctor and has kept us well informed. A couple weeks ago, Xander had a catheter put in, his bladder filled with contrast and drained several times to ensure that there was no reflux of urine from the bladder back up the ureter to the kidney. Thankfully, there wasn’t, but he wanted us to come back to check the kidney dilation via ultrasound today, so that is what we did. The ultrasound showed that the kidney was still dilated, but nothing so outrageous that we need to do anything yet, so in January, we will be having another ultrasound done. Not the best news, but certainly not the worst. 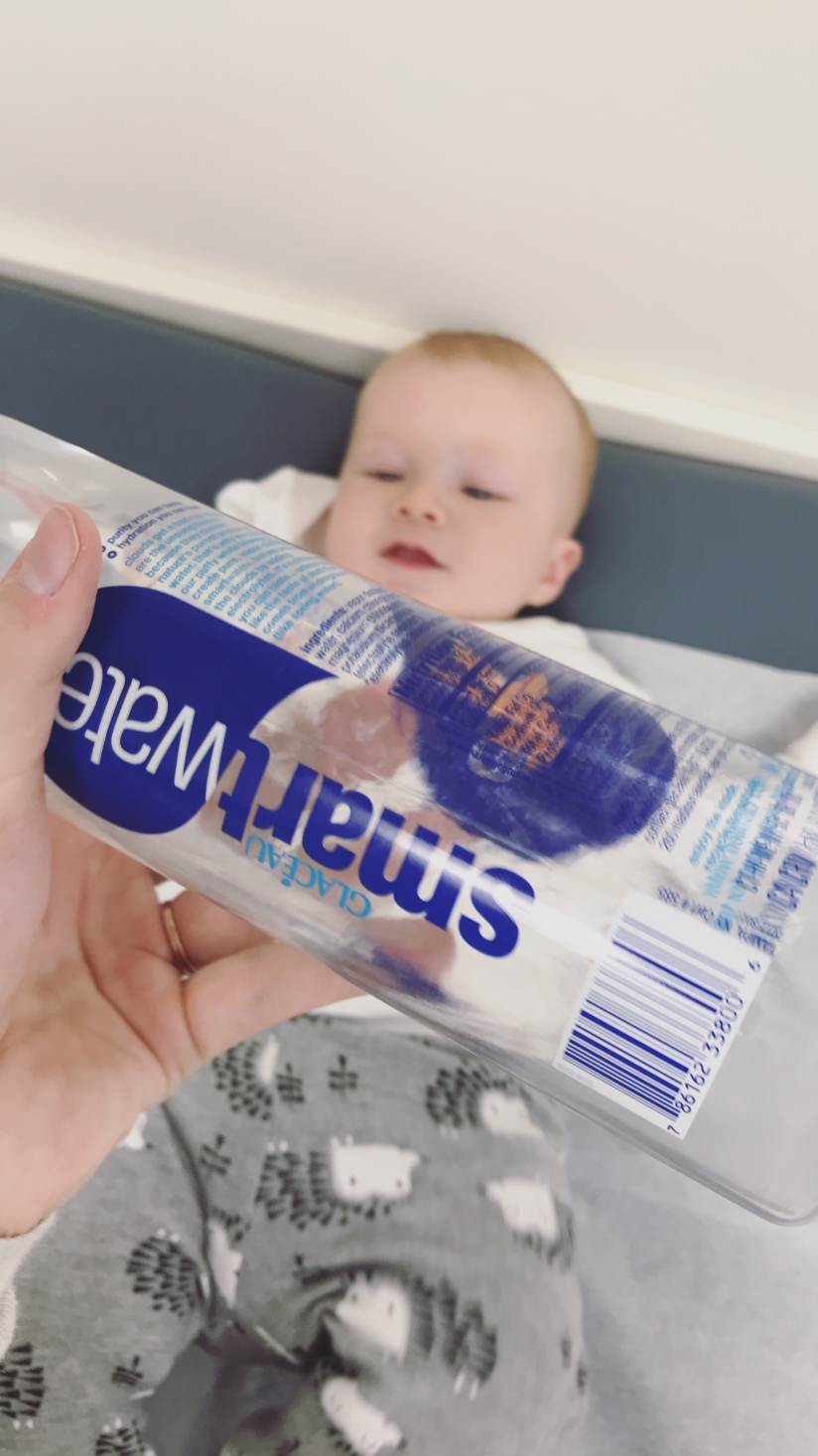 We left the doctor, I fed Xander in the car and back south we headed. We drove past our house and to the commissary. Being gone for a week does a number on your fridge… We got stuff for taco salads, chicken and vegetables, chicken caesar salads, bbq chicken and cole slaw, breakfast stuff, and some milk! Xander was preoccupied with a cabbage almost ’til the end of the trip, but when he started getting fussy, I threw him in the wrap and kept moving. 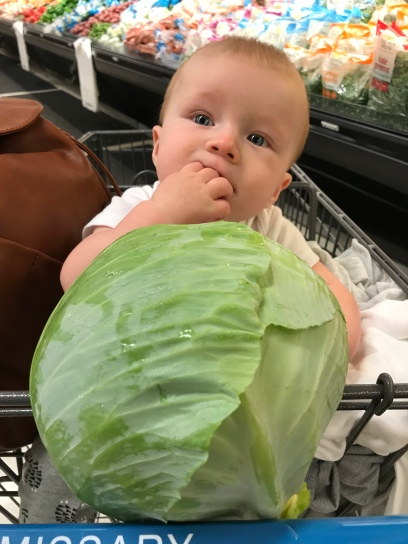 After grocery shopping, we got gas, and headed home! After some traffic we made it, got him fed, the groceries brought in and then Danny got home. He took Xander while I started taco meat and cutting up toppings for taco salad. We all sat down and ate a yummy dinner!

After dinner, we went through Xander’s bedtime routine, Danny cleaned the kitchen while I fed him and made the transfer to his crib. I got distracted from writing by all the things I listed at the beginning and now, BEDTIME! After a hot shower that is.

The ten things I am grateful for today:

View all posts by inspiredbylemons